When runners compete at large invitationals, the hope is to receive a medal for a job well done within a large, competitive crowd. Sometimes a job well done takes on new meaning. 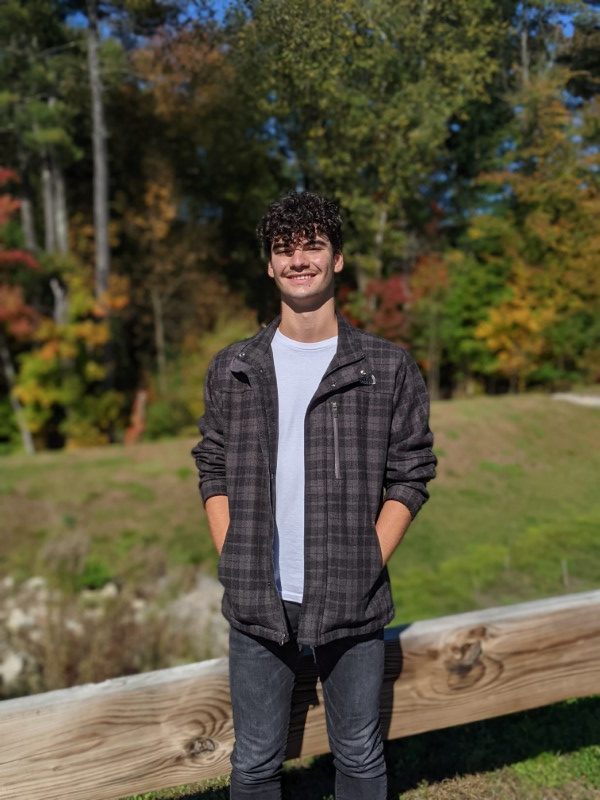 The Whitinsville Christian School Cross Country team traveled to Falmouth, MA, on Friday, October 15, to participate in the Bob McIntyre Twilight Invitational as one of 150 teams. In his second lap, sophomore, Nicolas Belucio, reached the top of a hill in a secluded part of the course. “I saw a runner on the corner behind the barn,” said Nic. He was hunched over, grabbing his leg, and obviously in pain. Nobody was helping him.” Nic expected he would see someone help the injured runner soon, but no one seemed to notice. “I went under the rope and asked him if he needed help. He couldn’t talk because he was crying in pain. I told him I was going to get help and he nodded. I couldn’t get anyone’s attention. Finally, I found someone and asked if there was a medic tent. I told that person someone was hurt and I asked them to go stay with him while I went to the tent.” Nic ran to the med tent, located near the finish line. He heard someone on the radio calling for help for the runner. “I jumped on a golf cart to return to the area. By the time we got there, another cart had already picked him up. The person I was with told me to go ahead and get back on the course.” By the time he finished, Nic had run 4.3 miles, instead of the standard cross country course of 3.1 miles.

After finishing his own race, Nic went to the med tent to find the runner. “I was glad to see he was doing better. He asked if I was the one who had stopped to help him, and he thanked me for doing that.” Coach Chris

Vander Baan is incredibly proud of Nic’s selflessness. “I believe Nic gave up a medal at the Twilight Meet to help a competing runner. I told Nic I was so proud of him for putting the well-being of another runner above his own personal goals. It’s easy to forget about the medals, but you will never forget stopping during a race and helping out a fellow runner.”

What prompted Nic to leave a race he was running well? “I typically pray before races but since I was especially nervous before this one, I prayed, ‘God, help me with this race. Let me do this with You, for You, so I can show my faith through You.’ Maybe this was a test God had given me to show how, as a Christian, I can represent the school. I am sad I may have missed out on a medal, but if I was in the same situation again, I would help. Someone’s health is more important than a medal, and hopefully I have more chances in the future.”