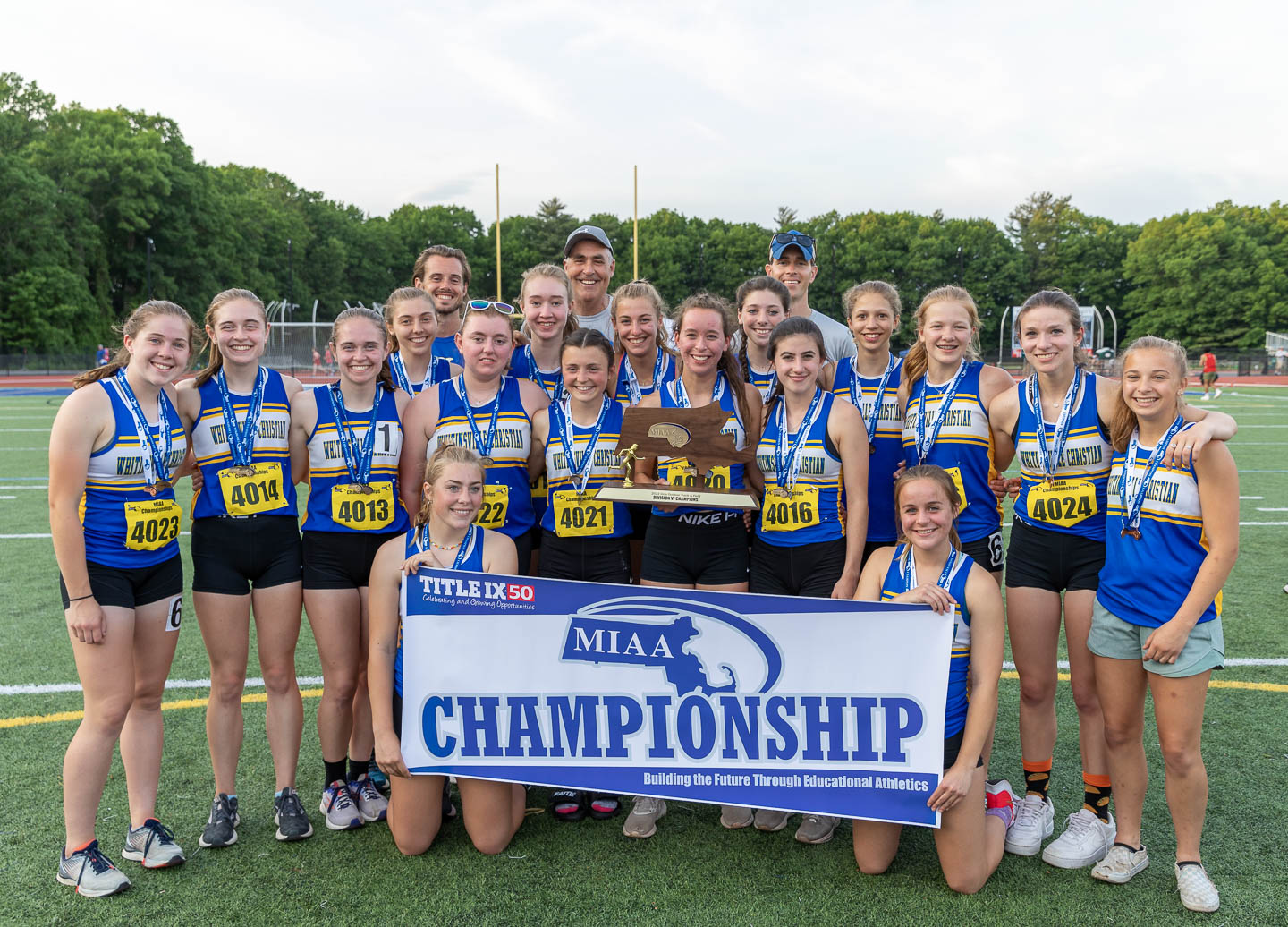 Last year, Whitinsville Christian, which has one of the smallest student enrollments in the region, only had 12 girls when it claimed its first Class C crown. Although the current format is now divided into two divisions instead of three classes, the Crusaders remained undaunted.

Whitinsville Christian’s varsity roster exploded this spring to 38 student-athletes, an obvious boost to its depth.

“It was back-to-back wins for these senior girls,” said Persenaire, who has been with the Crusaders program for eight years. “They were super excited to not only win, but to win back-to-back years. That’s something our program has never done before. They were excited to make history.”

While many athletes fuel up on Wheaties or granola bars, Persenaire said Whitinsville Christian fuels up on competition.

“This is one of the biggest teams we’ve had,” Persenaire said. “These girls compete with a lot of heart. They all desperately wanted to get in there with a chance to compete. They were very, very excited to win against those other teams. It gives some validation with the hard work they’ve been putting in. They get to see some success outside the dual meets.”

The Crusaders held off perennial power Littleton, 108-95, followed by Lunenburg (87).

Whitinsville Christian won four events, including sophomore Avery Glidden in the 400-meter hurdles (1:08.03), junior Sophia Dill in the 800 (2:23.62), the sprint relay team of senior twins Cece and Jill LaBonte and juniors Kiera Simoncini and Lexi Foster (52.8), and the 3,200 relay squad of Dill, senior twins Eliza and Becky Dowling, and junior Fiona Donnelly, who were clocked in 10:17.8. The LaBontes and Dowlings are captains.

“She’s been a strong leader for all four years,” Persenaire said of CeCe. “She’s a hard worker and a great kid.”

Next up for the Crusaders is the state divisional meet on May 26 and 28 at Westfield State. Whitinsville is in Division 6.

“I expect them to compete and do their best,” Persenaire said. “I’d love to see someone toward the top. I’d like to see them (post personal bests) and have a best (performance) for the girls that go. That’s almost as good as having a team title.”