After years of the Nipmuc and Sutton girls’ soccer teams dominating the Dual Valley Conference, the balance of power in one of the most competitive leagues in Central Mass. has taken an unlikely shift in the direction of the smallest school in the league.

The Whitinsville Christian girls picked up what may have been a surprising 2-0 win at the time over Sutton, ranked No. 9 in the Telegram & Gazette Central Mass. Girls’ Soccer Coaches Poll, back on Sept. 22, but the Crusaders have shown it was no fluke. 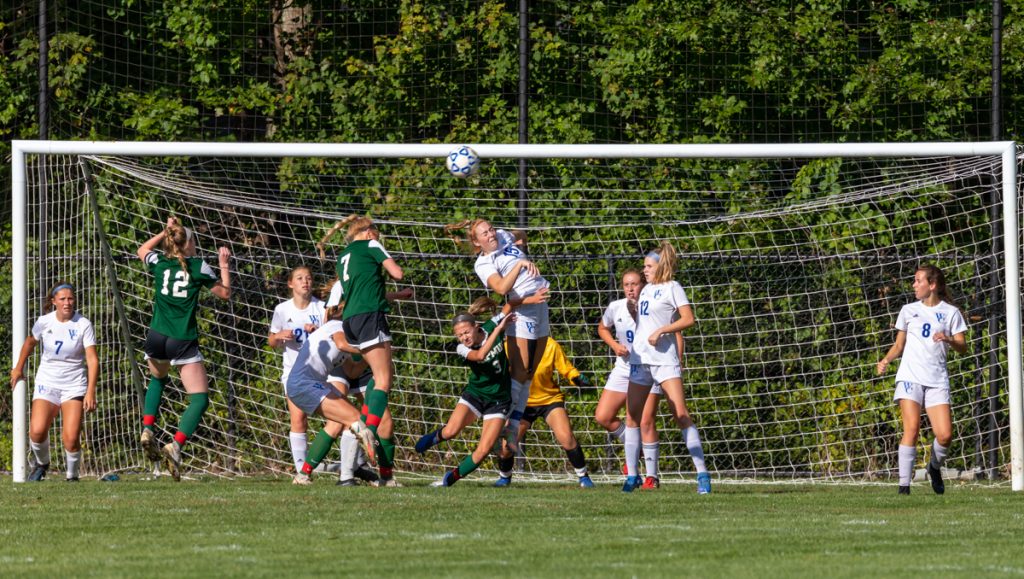 Whitinsville Christian coach Beth Cutler said she was happy with the team’s competitiveness and ability to get forward in a 4-0, early-season loss to third-ranked Nipmuc, but the Crusaders (9-1, 6-1 Dual Valley Conference) one-upped themselves in the rematch, as the defense held strong in a 1-0 victory in Mendon on Friday.

“We’re really excited,” Cutler said. “We’ve worked really hard and are talented, and we were really hoping to have a great year. We don’t define that necessarily by wins and losses, we just want to compete in every game because we’re in such a strong league.”

The Crusaders start seven sophomores and freshmen, so Cutler said senior leadership has been integral. Two of her captains, Callie VandenAkker and Jill LaBonte, are part of a defensive group that has not allowed a goal outside of the first Nipmuc game.

Cutler says the third captain, winger Cece LaBonte, is the fastest player in the DVC.

The coach believes a season-opening 3-0 win at Martha’s Vineyard, a school nearly four times as large as WCS, bred confidence in her young players.

“That really set the tempo for the year,” Cutler said.

The group of up-and-comers is led by the “exceptional” central midfield duo of sophomores Meadow O’Connell and Kate Crowley, while sophomores Hannah Lashley and Margaret Johnson, and freshman Amanda Cinelli have contributed to a diverse Crusaders attack that is averaging four goals per game. 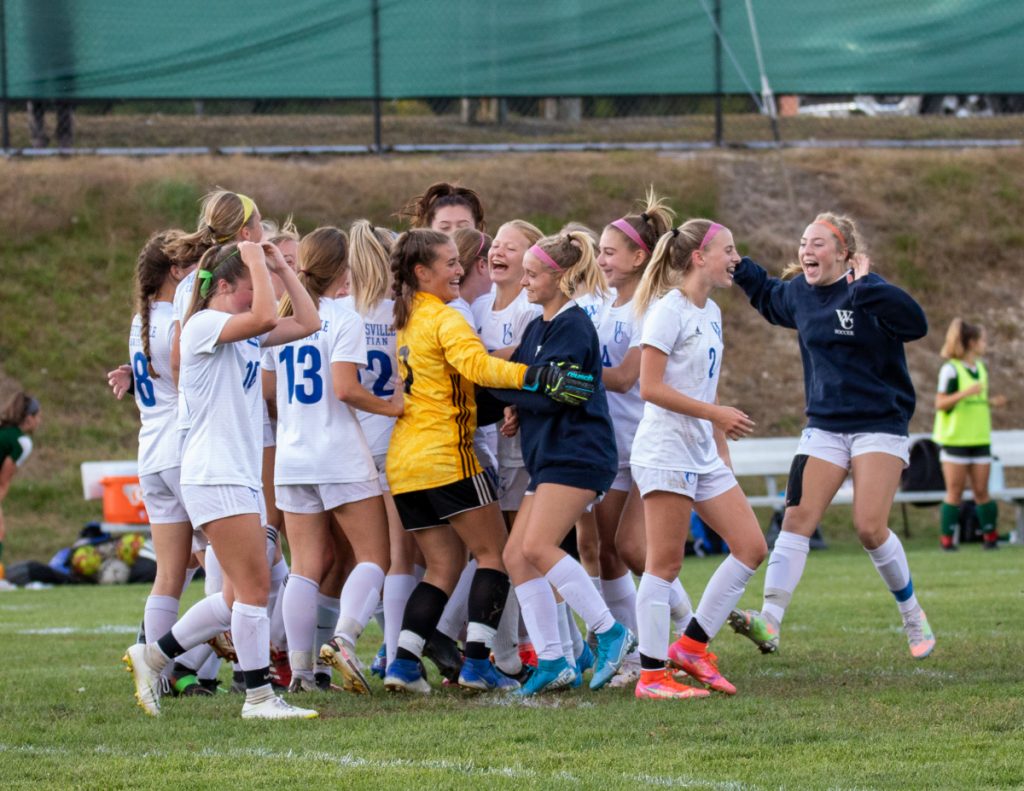 “These kids are young and very talented,” Cutler said.

Whitinsville Christian is tied with Nipmuc atop the league standings, but true to the DVC’s nature, it won’t be an easy road to the league title with remaining games against Sutton on Monday and Douglas, a CMass Division 4 finalist in 2019, on Wednesday.

Cutler is appreciative of how hard earned any success in the Dual Valley Conference is.

“We have a great conference,” Cutler said. “We have to play Nipmuc and Sutton and Douglas six times. They make us better and we really preach that.”